at the
Little Desert Nature Lodge

VicSouth proceeds regardless of weather. We've never failed to have at least one clear night during the event, and generally we've done much better than that. Remember that a weather forecast is just that - a forecast - and we've had some gloomy forecasts turn out to be totally wrong. We've also had some lovely forecasts turn out to be wrong too, which is why we always have plenty of movies on hand for a cloudy night!

We also have some data from the official weather station in Nhill, 16km from the VicSouth venue:

Below are portions of MODIS true colour images, centred on the Little Desert Lodge and showing daytime cloud cover. Resolution of these portions is 250 metres per pixel, ie: each image covers a 200x150km rectangle.

The thin vertical black line is the border between SA and Vic (added by the MODIS image processing). The horizontal bullet-shaped patch is the Little Desert National Park. The dark patch near the bottom right corner is the Grampians National Park. The larger blotchy light/dark area in the upper left are the adjoining Big Desert (in Vic) and Ngarkat (in SA) National Parks.

The MODIS instrument flies aboard two satellites, Terra and Aqua, which are in sun-synchronous and nearly polar orbits. During the daytime half of their orbits each satellite images a continuous swath of the Earth passing below it. Terra produces a mid-morning (local time) image, Aqua produces an early afternoon image.

The VicSouth 2007 images below show that daytime satellite images can be deceiving. Thursday night to Sunday night were all totally clear, but compare the cloud covers during the afternoons before and the mornings after. 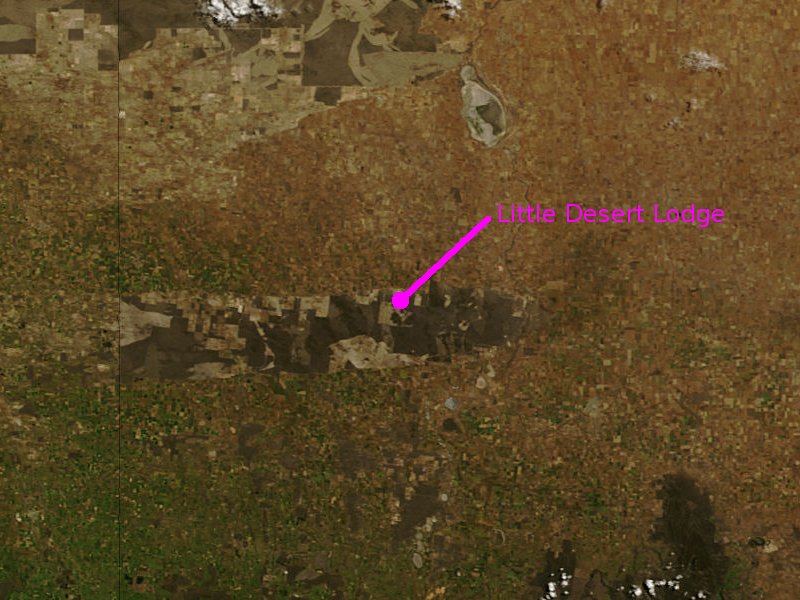 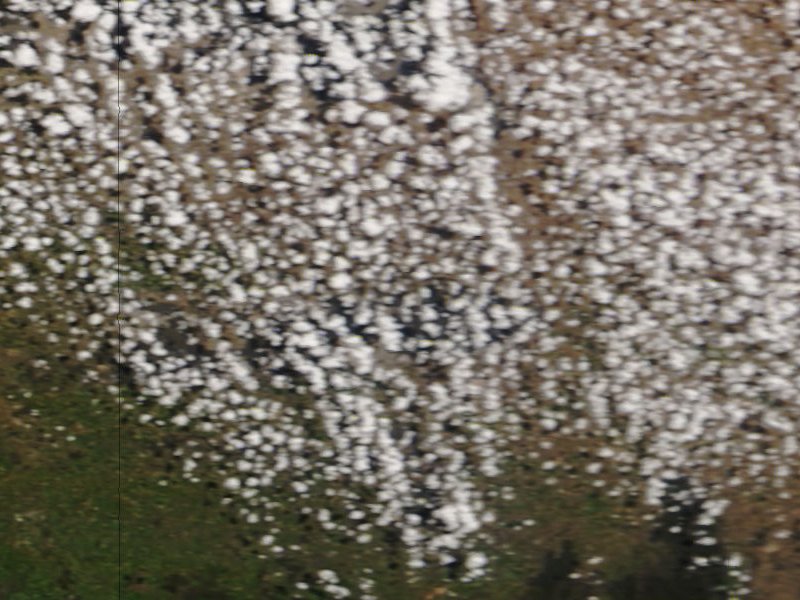 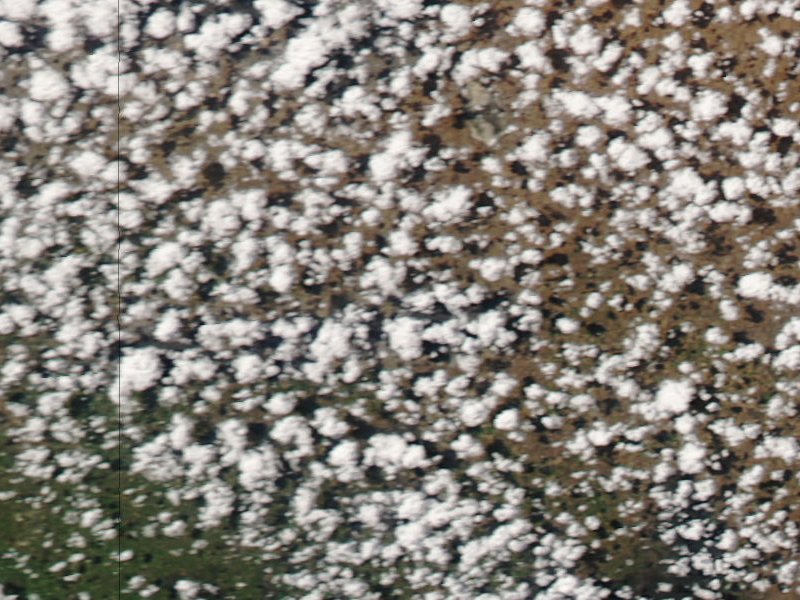 VicSouth 2007 Friday afternoon Aqua image. The cumulus clouds are beginning to consolidate but there's not enough moisture to generate huge clouds. Later as the ground (and air) cooled with the approaching sunset, the convection sustaining these clouds failed and the clouds evaporated. The night was clear but you might not have expected that, seeing these afternoon clouds! 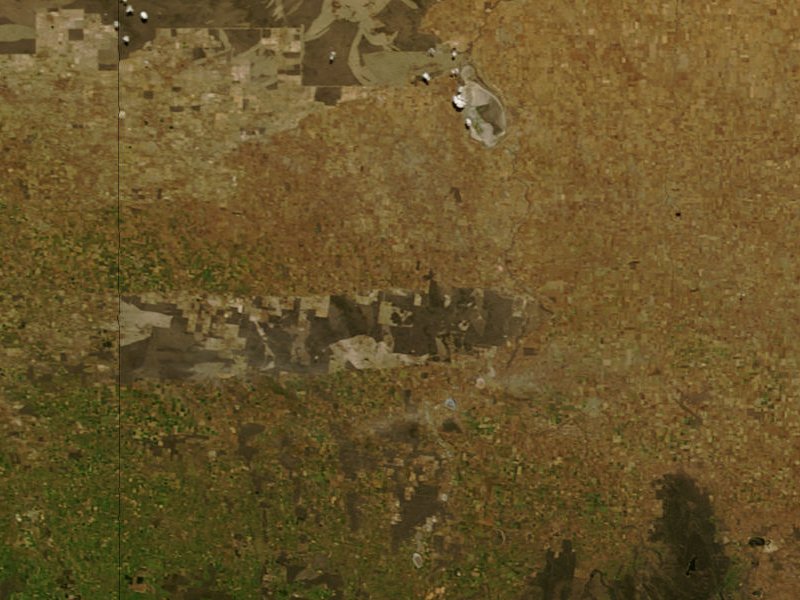 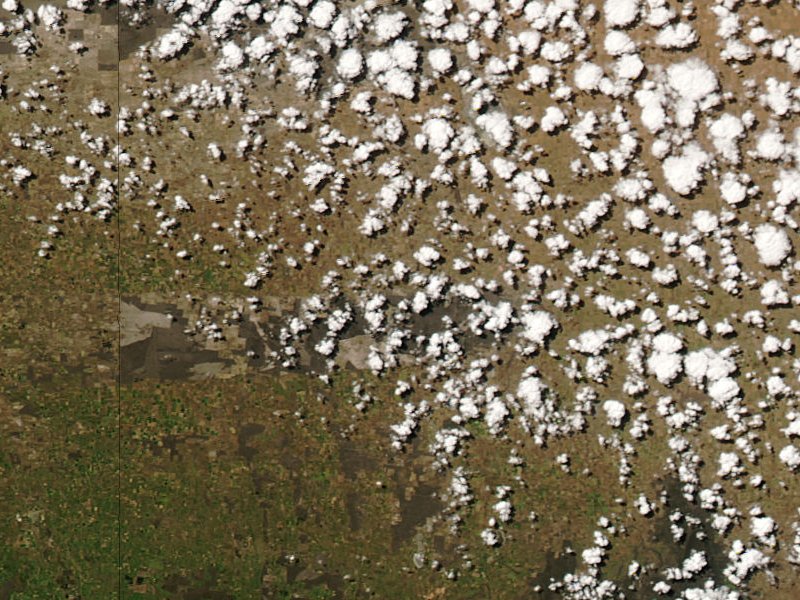 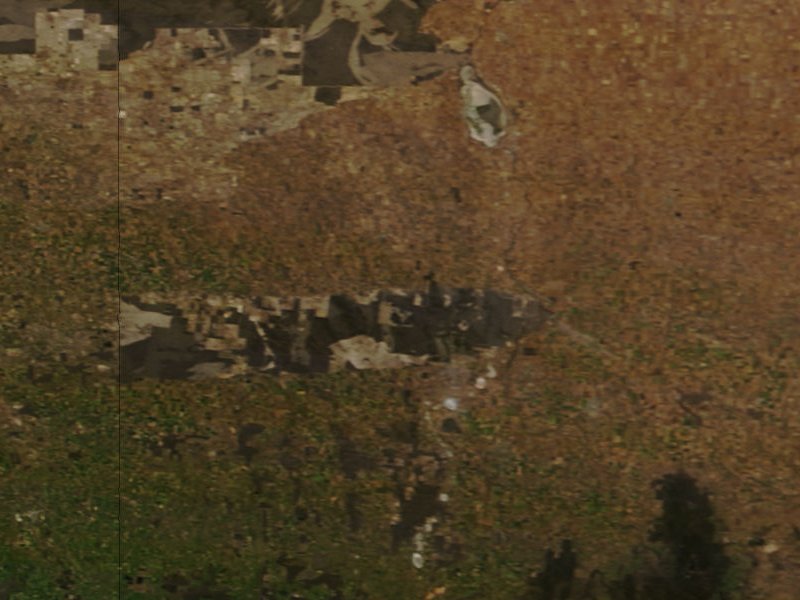 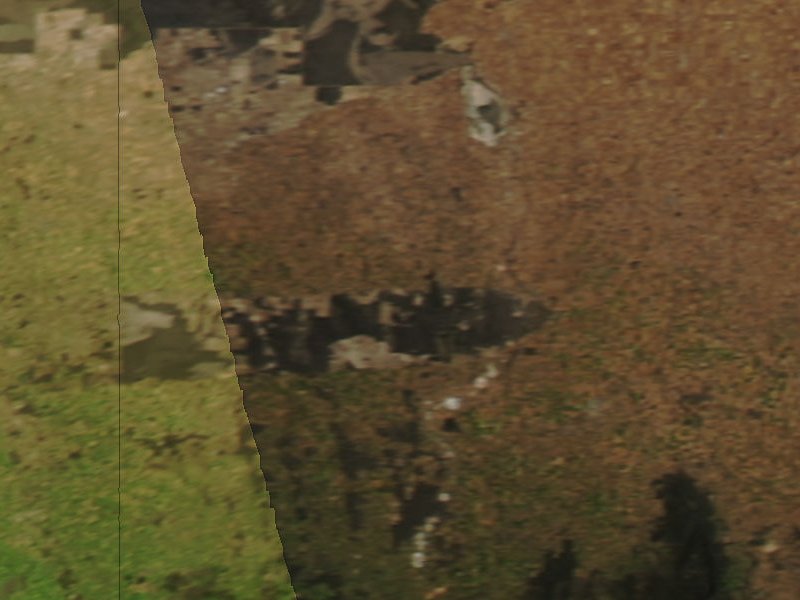 VicSouth 2007 Sunday afternoon Aqua image. This one was assembled from adjacent image swathes by the MODIS website, so there's a "join" through this image. Resolution is also poorer because the swath edges are much further from the satellite than the swath centre. 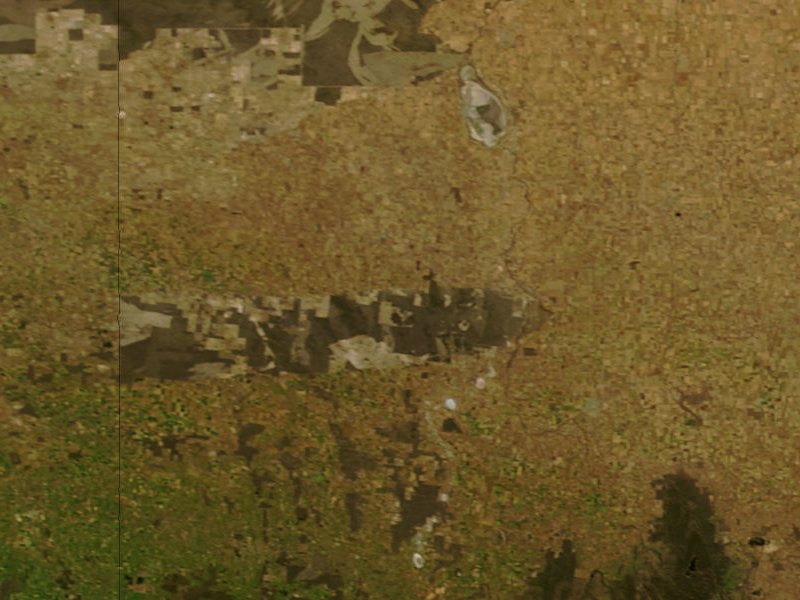