at the
Little Desert Nature Lodge

The Little Desert Nature Lodge was founded by "Whimpey" & Maureen Reichelt, on a 117 hectare property they had acquired on the northern border of Little Desert National Park in the early 1970s. The Lodge's early role as an educational centre quickly expanded to include nature conservation and the protection of various endangered species. This work was aided by the construction of a feral-animal-proof fence around the entire Lodge property. Today the Lodge is a popular destination for school groups, birdwatchers, botanists, nature & conservation researchers, and people who are simply breaking their journey between Adelaide & Melbourne. Many guests also appreciate staying somewhere that's comfortable and close to nature, outside of a town, and within day-trip distance of several major tourist attractions such as The Grampians, the Naracoorte Caves, or the rock-climber's magnet of Mt Arapiles.

There are several walking trails within the Lodge property and the neighbouring National Park, and most of them include interpretative signs and/or guide brochures. If you're more energetic there are much longer hiking trails across the National Park, or you can try bushwalking to the top of Mt Arapiles (about 30 minute drive south of the Lodge).

The neighbouring National Park is traversed by a few sealed roads and by many 4WD tracks. Most of these tracks feature long intervals of deep soft sand; therefore you will need either extra-wide tyres designed for sand, or be prepared to deflate your regular tyres to 15-20psi for the sand, and then reinflate them immediately after returning to sealed roads. In any event tell someone else your intended route before you travel on these 4WD tracks, and if you're in a heavy 4WD be prepared to get bogged.

The Lodge's breeding successes include numerous Malleefowls, many since released into other nature preserves and National Parks elsewhere, and a resident population of Southern Brown Bandicoots. The malleefowls are kept in large secluded enclosures (which you can visit under supervision). The bandicoots roam freely around the Lodge property and they can sometimes be seen at VicSouth moving among the telescopes at night. The bandicoots also dig the countless little holes you can see all over the property, searching for food. Many other animals & birds can be found on the Lodge property. The resident kangaroos roam freely and help to keep the lawns trimmed. The resident emus have to be "confined to quarters" during VicSouth, so that they don't booby-trap the camping & observing areas with their impossible-to-see-at-night black blobs of noxious sticky poo!

Something that's easy to see on a clear night at the Lodge are stars. Thousands of stars, even without a telescope. Many VicSouth attendees also eyeball the Andromeda Galaxy (M31) and Triangulum Galaxy (M33) without difficulty, and see details in both Magellanic Clouds. On the best nights a few will even see NGC 253 directly overhead, if their dark adaptation is not "spoiled" by the light of the gegenschein or the occasional aurora. We've measured widefield SQM values of 21.8 or better during recent VicSouths. Night-time clouds at VicSouth are generally seen as an absence of stars in their direction.

Accommodation at the Lodge includes: 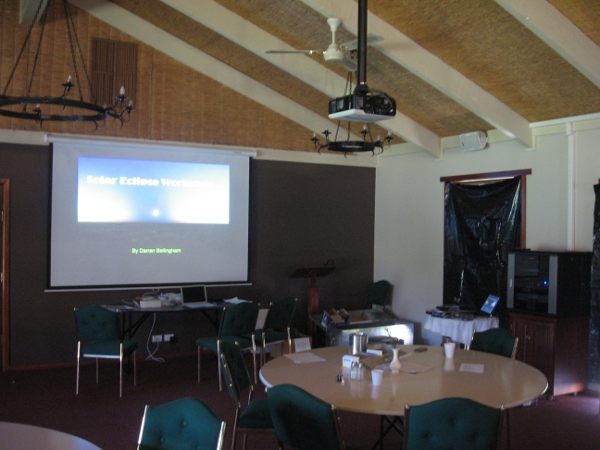 The Lodge's dining room multimedia system in action for the Saturday afternoon workshops. Also used for the evening movies. 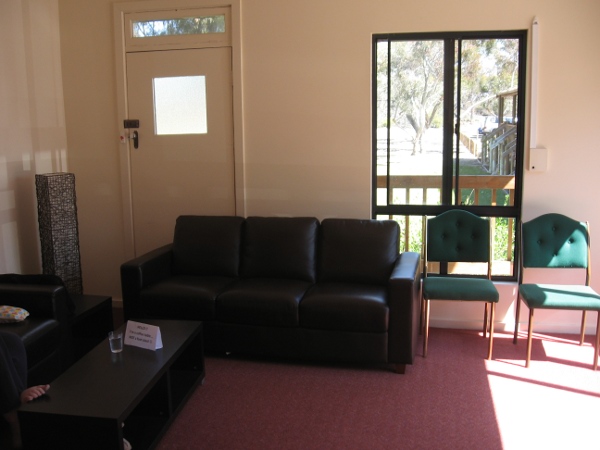 Seats in the communal TV lounge. 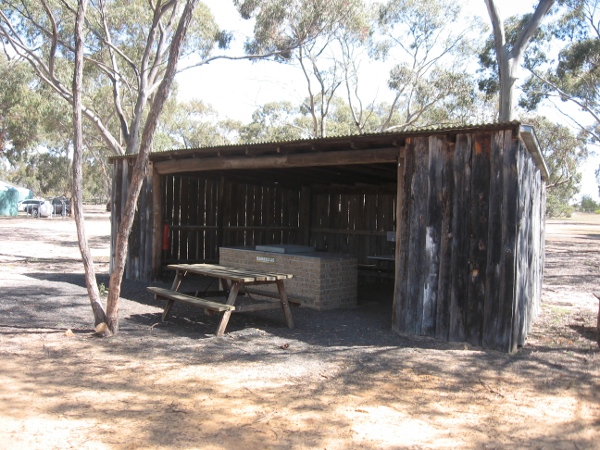 A distant view of the main lawn & observing area.

Another view of the main lawn.

Campground viewed from near the shelter shed.

The small lawn, between the bunkrooms and the motel rooms. 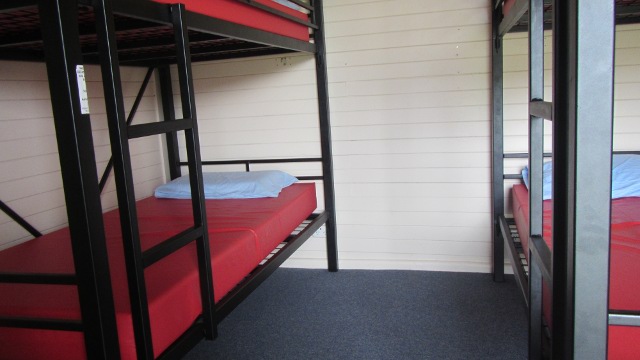 Each bunkroom has two pairs of bunks. 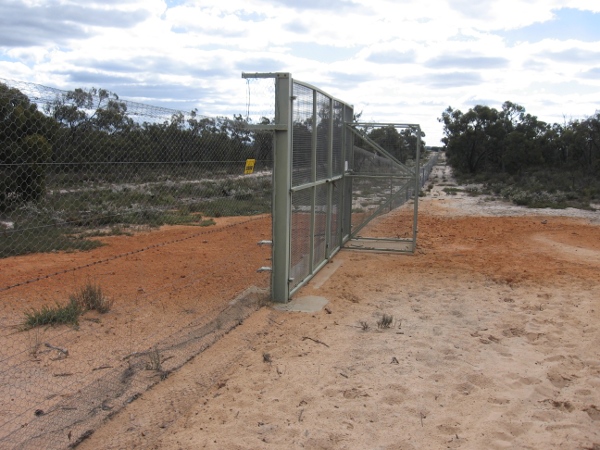 The south gate into the Lodge property. Walkers can use the two-gate "airlock" to safely pass through the electric fence. 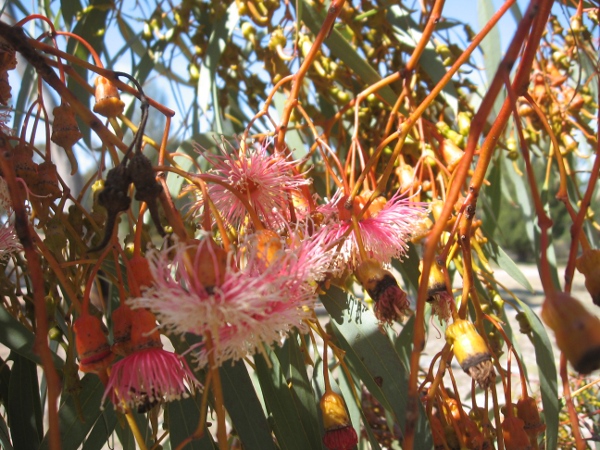 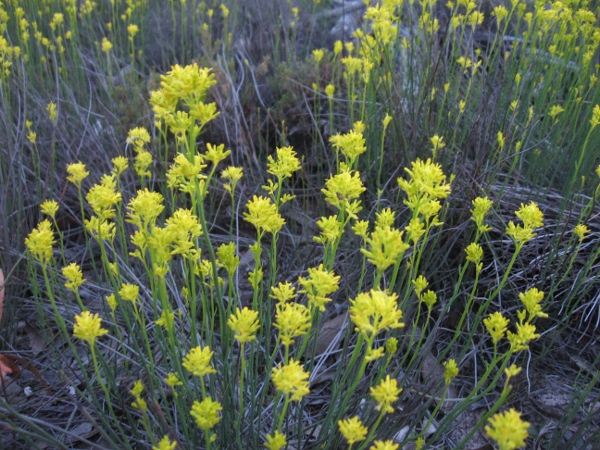 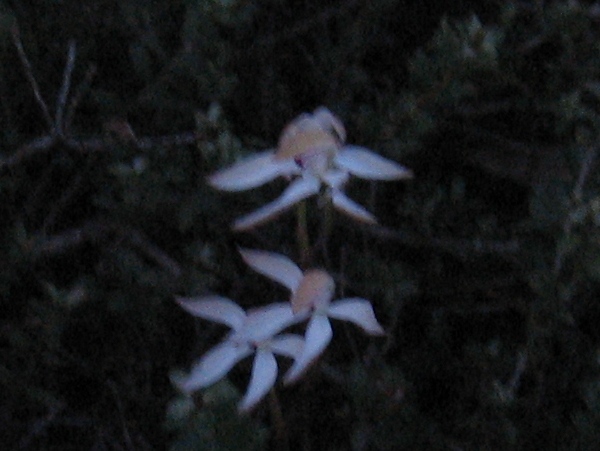 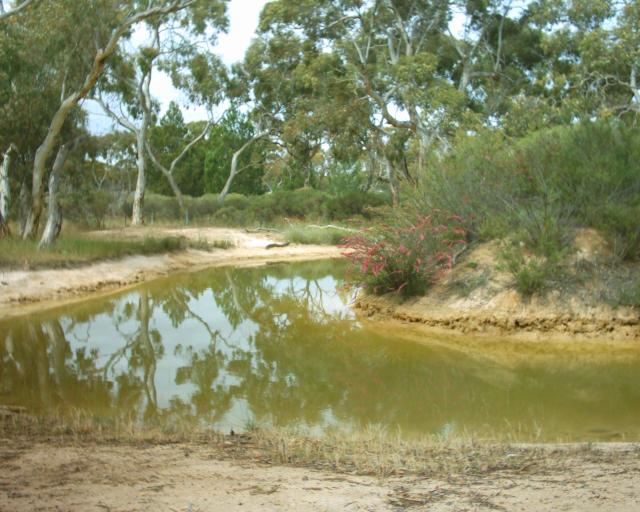 You can read a lot more about the Lodge on their website.

The Little Desert was named because of its deep sandy soils, not for an intrinsic lack of rainfall. Annual average rainfalls in Little Desert range from about 400mm (on the northern side) to over 600mm (on the southern side). This rainfall gradient produces a blending of species from the wetter coastal parts of Victoria with species from the semi-desert northwest corner of Victoria. Hundreds of species of birds and native plants have been found in Little Desert.

The deep sandy soils exist because Little Desert used to be the southern shoreline of a shallow sea, that once filled the entire Murray-Darling Basin. Vast quantities of sand were deposited along these ancient shorelines; and reshaped by winds and currents for millions of years into beaches, dunes, sandbars and lagoons. The remains of these ancient dunes & sandbars still form the many low ridges in Little Desert today. As the sea slowly receded from the Murray-Darling Basin it left behind numerous ancient shorelines, to the west of Little Desert, as parallel sandy ridges through southeastern South Australia. Today's Coorong lagoon and its sand dunes (on the coast of South Australia) are simply the latest version of this migrating shoreline. The ancient retreating sea also left behind a vast amount of salt that still afflicts the Murray-Darling Basin today.

Fortunately the Little Desert doesn't have much of a salt problem because it has been well above sea level for many millions of years, and for most of that time has received plenty of rainfall. However most of Little Desert does suffer from poor soils containing low amounts of plant nutrients & trace elements. Nutrients also tend to be carried deep into the ground by rainfall seeping into the highly porous sandy surface. Thus despite the good rainfall the plant life tends to be slow growing and highly vulnerable to inappropriate land use. Nowadays most, but not all, of the remaining un-cleared portions of Little Desert are included within the Little Desert National Park. Economically speaking Little Desert is more valuable today as an eco-tourist attraction than it could ever be as wheat farms. 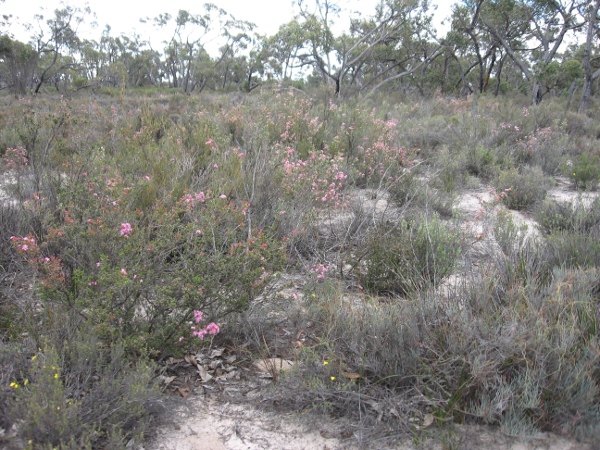 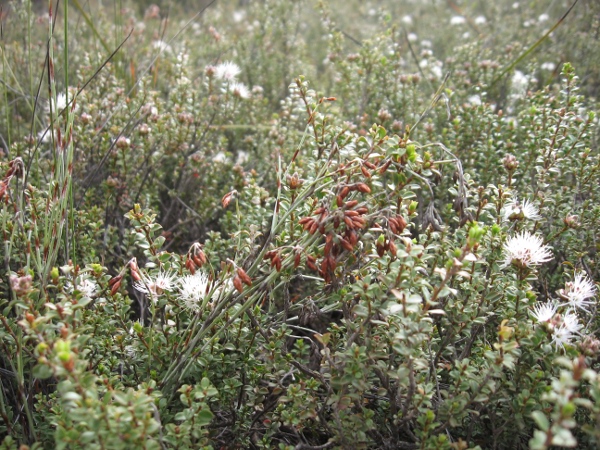 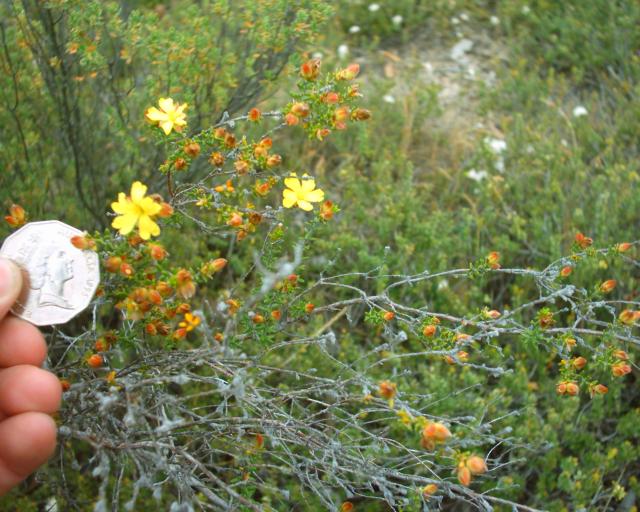 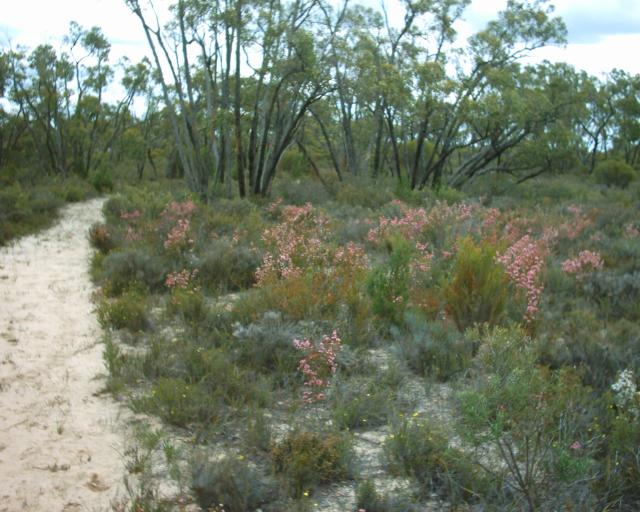